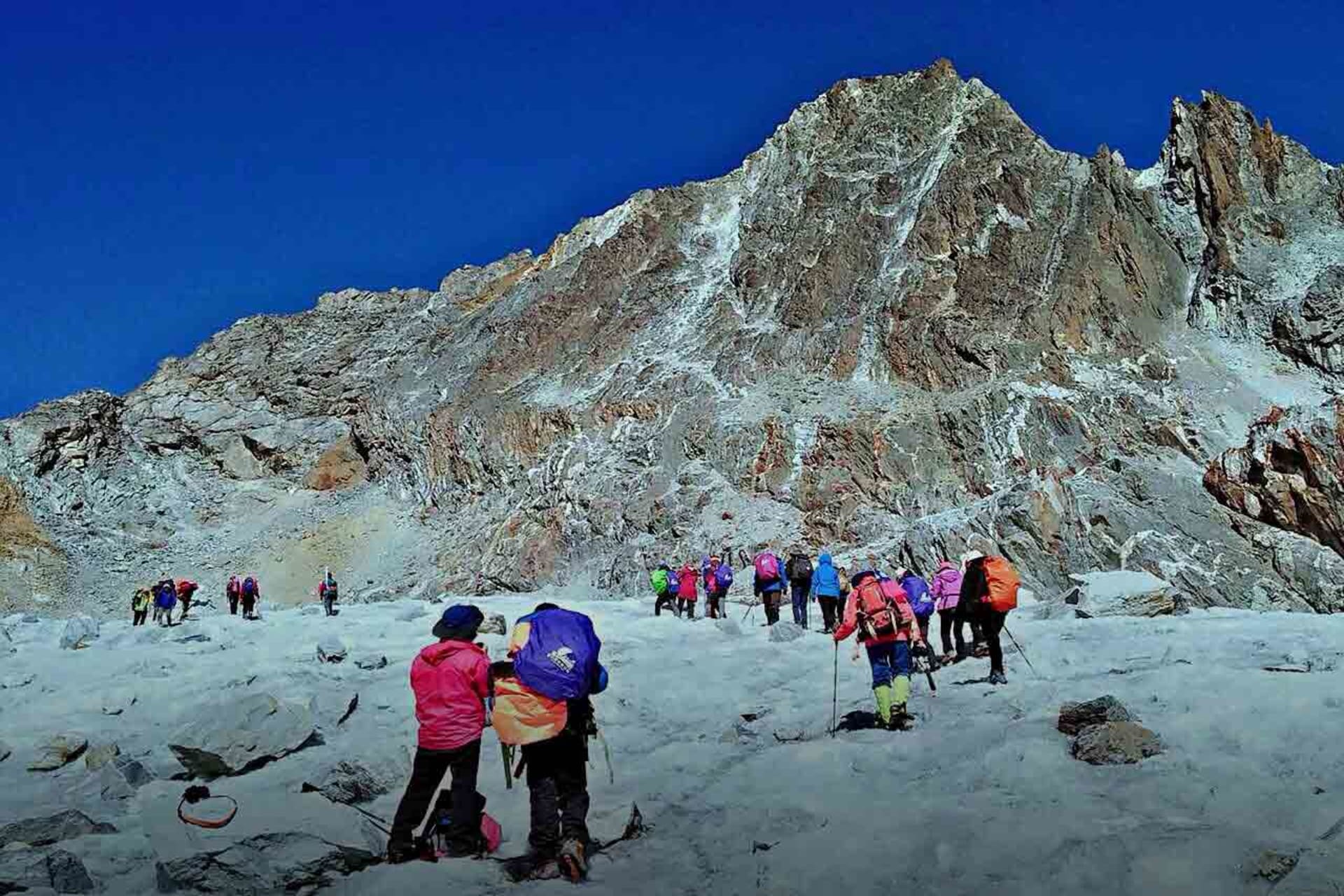 Experience the adventure of crossing three high passes in the Everest region of Nepal. The Everest three passes trek is much more challenging than the classic Everest Base Camp Trek and its other variations as it involves traversing the three high passes – Renjo La, Cho La, and Kongma La – each over 5,000 m. Thus, the trek gets its name.

The trek begins from the popular starting point of Lukla before heading north along the regular trek to Namche Bazaar. Here, the route starts from the east traversing the first of the Three Passes – Kongma La Pass (5,545 m) – to join up with the classic Everest Base Camp Trek route.

After the Kongma La Pass, we will have the opportunity to explore the intricacies of Everest Base Camp life as well as soaking up some of the best views of Everest and the surrounding peaks when we climb the iconic viewpoint of Kala Patthar.

After making our way to Everest Base Camp, we cross the second pass called Cho La Pass (5,420 m). After reaching the high point, the trail descends to the idyllic Gokyo Lakes and further on to the village of Gokyo.

From Gokyo, our trek veers west where we will encounter the final pass of the Three Passes trek – Renjo La (5,370 m). Heading down to the Dudh Koshi valley, retracing our way back from Phakding which will take us down to Lukla, where the trek ends.

This tour traversing through three different high passes in the Everest region, exploring mountains and splendid vistas of pristine ranges is termed as one of the most difficult treks in Nepal. Anyone intending to do this trek must be in good shape with some trekking experience in high altitudes. People with a respiratory problem should be cautious and consult their doctor before heading for this trek as the trail elevates above 5500 m increasing the chances of getting HAPE or HACE due to the thin air at high altitudes.

The trek involves walking along the rocky trails and of course, up close to the Himalayas. So, if you are looking for a challenging yet refreshing experience near the Himalayas then this trip is definitely for you. Experience the adventure of crossing three high passes in the Everest region of Nepal with Everest three passes trek!