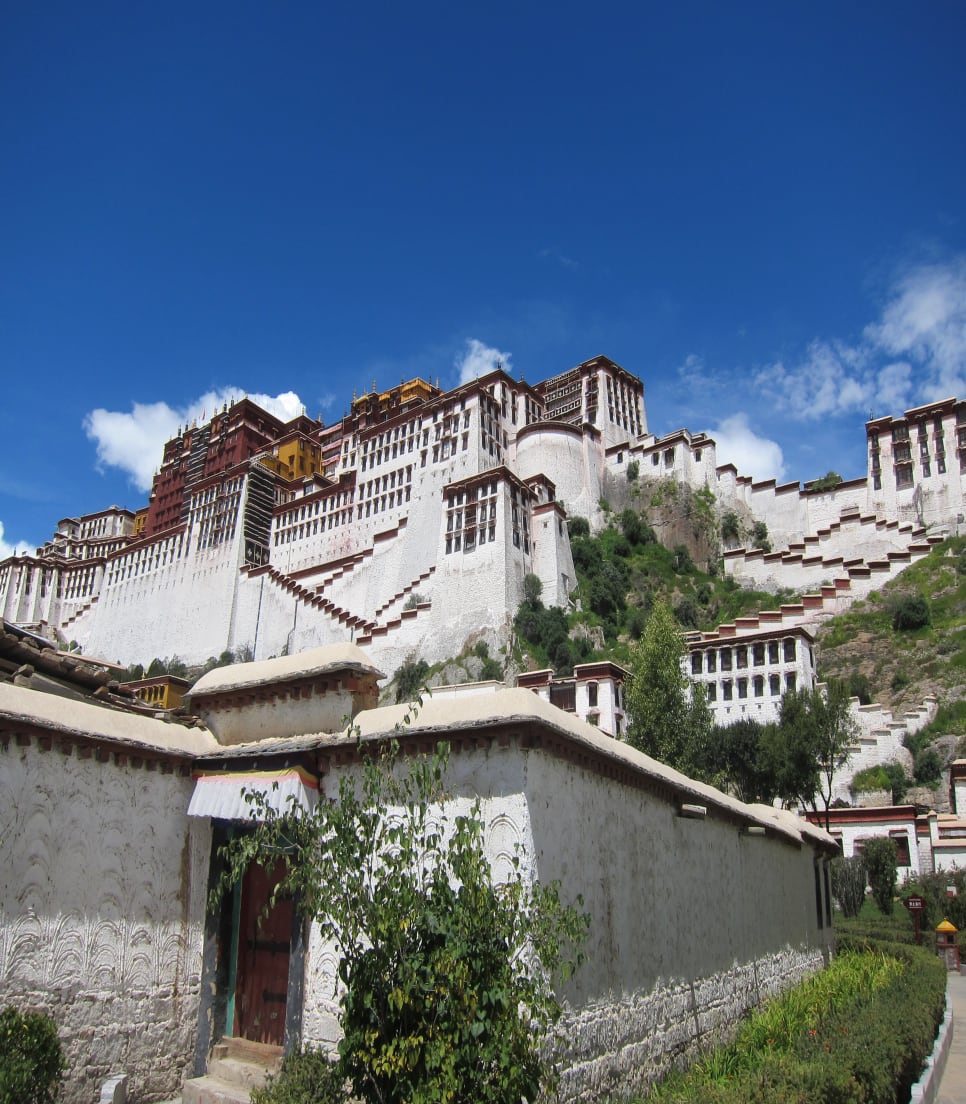 Tibet is the most unusual and beautiful land. The majority of this land rests above 4000 meters (13,000 feet) and is partially surrounded by mountain ranges. The awe-inspiring Himalayas are the highest in the world, as is the never-ending Tibetan plateau. Tibet is a place for the rugged adventurer as well as the spiritual wanderer. A land that is held back in time and houses many secrets. Nomads remain much the same as they did one hundred years ago. Then, there are the monasteries which are striving to find a place in a country that's crashing into the twentieth century. The Tibetan people and their religion have been inseparable. Even in their earliest myths, one finds references to the Tibetans religious beliefs. Originally, the Bon religion dominated Tibet. After the introduction of Buddhist statues and later Sanskrit documents from India, Buddhism crept increasingly into the Tibetan culture. Tibetan Buddhism is the culmination of some early Bon beliefs, Indian Buddhist texts and several great lamas. Buddhism and politics had been interwoven since King Songsten Gampo married a Chinese and a Nepali princess, who were both integral in the emergence of Buddhism. It was the Fifth Dalai Lama who built the Potala Palace as the government seat and a religious centre. A theocracy had prevailed until 1951.